The Pensive Federation is a small theatre company founded by Neil J. Byden and Laura Kim who met whilst working on Platform in 2010, an Old Vic New Voices production. After wowing them with her thoughts/opinions/rants during the Significant Other Festival, Serena Haywood joined them in 2012. Despite their very different backgrounds, they have much in common, particularly a shared aspiration in theatre which reflects the everyday.  We are a non profit company and therefore any profit is fed back into our future work.

Neil J. Byden, Artistic Director.  Born and raised in Dorset, Neil expressed from an early age an interest in the creative arts. He trained as an actor, writer, director and singer in Dorset before studying for a BA in Drama at Liverpool John Moores University, focusing on performing, producing and devising new work. On the course he showed particular penchant as an actor, playing dark tortured characters and finding the humanity within them. During his studies he formed Edible Rodent Theatre, set up specifically to explore the issues of modern sexuality and relationships. For the company he produced, wrote, directed, and performed in Some Scrap of Sensuality and My Chocolate Philosophy. He then moved back to Dorset to live in exile as a writer, producing fiction, stage and screenplays.

Over the years, he has also worked with Thon Colin Films on several shorts creating and cultivated the recurring character of Blind Neville. In London he has appeared as an actor at The Park Theatre, The Southwark Playhouse and the Tristan Bates Theatre. In addition to his work for The Pensive Federation he has directed for a number of companies across the fringe. 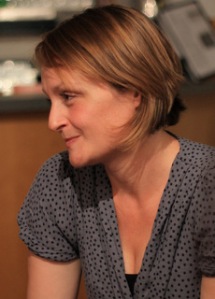 Serena is a writer and producer. Her three full length plays (Pause – Camden Fringe 2013) and Lotta Quizeen; Pull Your Socks up Britain (The Otherplace Brighto, Canal Café Theatre 2015) and Goddess http://tangerinetheatre.moonfruit.com/ (Tristan Bates 2015) have all received four star reviews. She has written for The Thelmas (Tristan Bates 2014/2015, The Space One Festival 2015) for whom she is an associate artist. Her piece Evening featured with the Pensive Federation’s full length piece Rewritten (Tristan Bates, 2015) as did Direct Action (2013). She has also has pieces featured as part of Little Pieces of Gold, Writers Rapid Response at Theatre 503, with Riff Raff Theatre and all six Insignificant Theatre monologue nights. She is co-producer for the Tangerine Theatre Company http://tangerinetheatre.moonfruit.com/. This year she is assisting the development of the piece The State We’re In for Theatre 503 and taking Goddess to Manchester. She is the co-founder of The South London Women Writers’ Group (BAME) and founder member of The South London Writers’ Group. She is a fiercely proud South Londoner, mum and doctor. Recently her secret drag alter ego has changed from Stan Bayou-Mann to Polly Amorous. 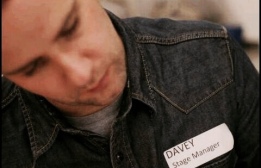 Davie is originally from West Kirby in Merseyside but it wasn’t until he moved to London and in his 30’s that he discovered a love for theatre and the creative arts and in particular working within the area of stage management and technical theatre.

Davie has gone onto study Stage Management and Technical Theatre at LAMDA.

Anthony Cozens, Associate Artist. Anthony was born and raised in Winchester. Whilst a delightful place to visit, he decided it was not the place for him to live. He graduated from the Oxford School of Drama in 2002 and was lucky enough to find acting work straight away. Sadly not all years were as good as that first one and Anthony became very proficient at surviving on very little food. Such is the life of an actor who steadfastly refuses to get a job to support his nasty acting habit. Anthony has appeared in many TV shows, several films and countless short and full length plays. He does not have a favourite medium to work in, he just loves to work.

Jayne Edwards, Associate Artist. Born in the midlands, Jayne is a dynamic actress who has performed in a number of venues across the London Fringe, including The Tristan Bates Theatre, The Old Red Lion, The Southwark Playhouse, The Space to name a few. 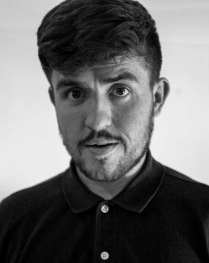 Jared Rogers, Associate Artist. Jared Rogers was born and raised in the county of Lincolnshire. He studied at the University of Huddersfield. Before making the move down to London to train as an Actor at Arts Educational Schools London. Jared has worked onstage at many venues in and out of London; as well as on screen in films, commercials and music videos. His first short Lost & Found, shot shortly after Arts Ed, was screened at BAFTA. Jared is also a filmmaker and editor with the film production company Palikuku Films.

Laura Kim, Co-Founder. Laura is originally from London Ontario Canada. She is a graduate

and Sheridan College. She has worked with companies in Toronto such as Nightwood, fu-GEN, Buddies in Bad Times as well as the Summerworks, Fringe, Groundswell, New Ideas and Rhubarb! festivals. She is also in the indie-rock feature Goldirocks, was involved in a public reading of essays by Dan Graham as part of a contextualised screening of ‘Rock My Religion’ at auto-italia southeast, Platform at the Old Vic Tunnels, the European premiere of Pagan Love Songs for the Uninitiated at the Camden Fringe Festival, Crazy Lucky People at the first annual Significant Other Festival and  in Rewritten. Laure left the company in 2014.